Two DIY – DIM (Did It Myself) Solar Ovens 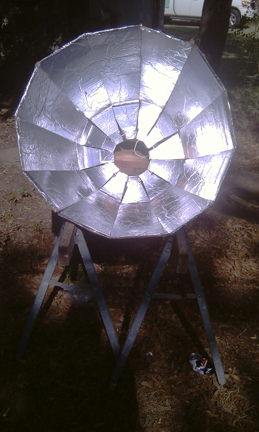 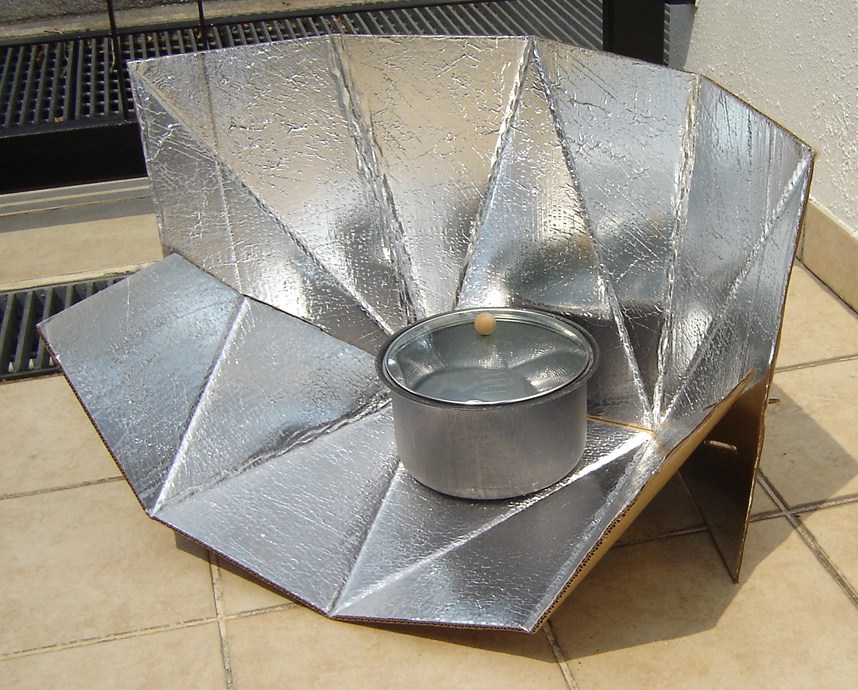 The Sunny Cooker was my introduction to the solar oven world. It is an el-cheapo design and does work. Click on the link to get their plans.

Being so similar to a car sun reflector I decided to try that first after seeing this article: Windshield Shade Solar Cooker

So I put together a simple chicken and veges as a test. A heat holding dish was used and

the shade was positioned as to get the most sun rays and secured with bricks.

The dish was covered with a Pyrex dish and put into an oven bag to keep in the heat while letting in sunlight.

While not producing the amount of heat described in the Sunny Cooker, the sunshade idea was surprising.

With a little more homework, the DATS Solar Cooker (Double-Angled-Twelve-Sided Solar Cooker) was found. The oven is made almost entirely from cardboard and aluminum foil. For this unit, spray glue was used to attach the foil to the cardboard. The oven can be built so that it can be folded up and packed away.

The dish is then placed into the hot part of the oven and left to cook. The whole unit has to be manually aimed toward the sun for best results.

Here is the final product. Notice that solar cooked food is NOT the same as food cooked in any other oven. It even changed the chicken and vegetables to meatloaf.