The Flying F is an idea come to life. It was the brainchild of a human who had radar and used it successfully. He didn’t just have radar, he is radar. Check it out: Here’s a fella who inherits some land along with his brothers and sisters when their parents pass away. Not wanting to have the responsibility of taking care of some large tracts, he trades his parts off for a corner piece along a country road, that has an artesian well, a well whose hydrostatic pressure is exceeded to a point there is ample pressure to rise out of the ground. (Eventually this plot reached 40 acres but no mule was ever purchased.) This land lies equidistant from two mountain ranges, in the middle of a valley, several miles out of town. 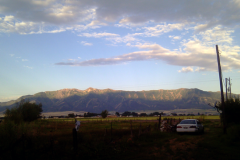 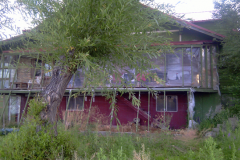 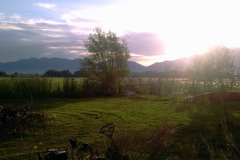 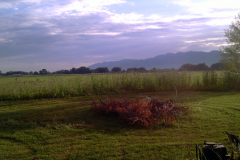 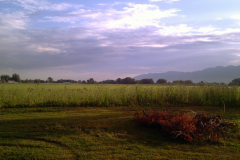 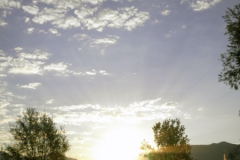 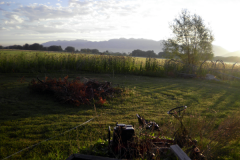 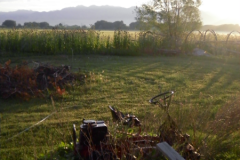 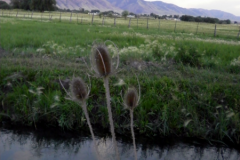 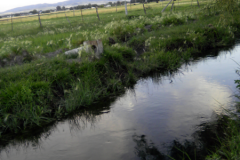 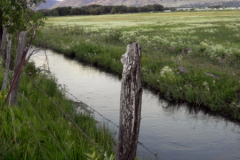 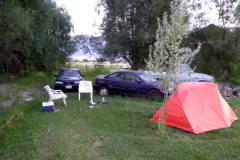 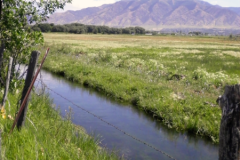 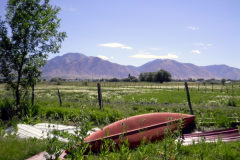 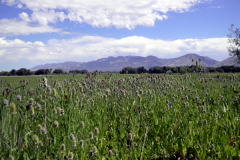 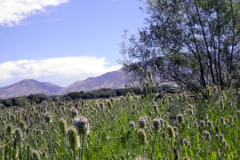 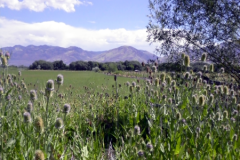 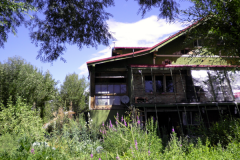 Next, the house. Next door to the local phone company was a large brick house. He heard that the house was to be torn down and removed to make way for their needed parking lot, so he went to the powers that were in that organization and asked if they would allow him to remove it by some agreed upon date, saving them the demolition and removal costs. They agreed and he went to work. His idea was to take the brick off the house in two foot increments all the way around, since the structure of the house was brick a well as the face, replacing these with studs as he went. This is where I came in. Answering an ad he placed in the local paper for help cleaning the brick and hauling it to the new property. For me this was the beginning of a lot of work and a longtime friendship.

Once the brick was off the house and the studs supporting it, the whole structure had to be moved. This was accomplished through some dealing with a local house mover that he had gone to high school with and who offerded him a big discount for the job. The next stroke of genius was paying for this job to be done – Due to being in the process of a divorce, he and spouse agreed that she pay him since her assets were greater – She had started her own successful business that did not involve the husband at all. The both agreed on this and she agreed to pay for the house move to the country property. In the interim he had an 8 foot tall, one piece foundation built, big enough to make a third floor, to put the house on. All that was left was the race to beat the deadline with the phone company demolition date.


Once the brick was removed from the structure, it became movable and was moved at a very slow pace through, and eventually out of town, to its new location. In order to facilitate actually getting the building onto the foundation, a special dirt ramp had to be constructed that enabled the movers to get a running shot and place the two story house on the foundation. Once this was completed, the ramp was removed and the brick cleaning continued through to finish. After that came the task of rebricking the house, this time facing instead of structural. This is where I came in again. Having worked for brick layers for several years, one showed me how to do some of this and I wound up doing all the brick work except the top of the chimney, where the height and equipment available did not match. The owner finished this part balanced precariously on ladders, taking instruction from me below.


>During this whole project we are living in the house with no electricity, only a wood stove for heat, and water yet to be hooked up. Each of these were separate projects. The electrical had to be done by an electrician, another high school buddy of his with the credentials to satisfy the county. Together, we connected the water, started to reseal, rebuild, and eventually drywall where needed, and paint. And yes, we took time to play, taking advantage of the proximity of some of America’s best outdoors, ranging freely from Grand Canyon through Yellowstone, Flaming Gorge, and City of Rocks. Some of the best being within 25 miles in ANY direction from this place!

The heat solution became a novelty of its own. There was the purchase of an Earth Stove, a very efficient type of stove that can burn a variety of fuels. A young fella had moved in who worked with duct and agreed to build his way through this house. One of the ideas was to pull air off the top of the earth stove and circulate this through the rest of the house. This was to be combined with a greenhouse that was being constructed on the south side of the house. Using his radar the owner had found a dismantled greenhouse at a university auction for the song of the only bidder. This was rebuilt into a 65 foot, two story, glassed in, lean-to – again through a buddy. At the top of this, the tenant constructed vents that opened and closed to the outside and could pull hot air out of the top of the greenhouse, both cooling the greenhouse and heating the main structure. Of course the greenhouse was used to early grow stuff like tomato plants which were sold to the local stores and restaurants.