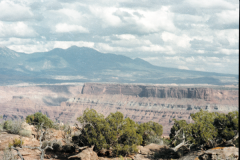 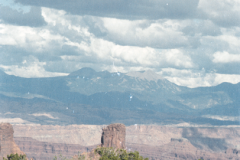 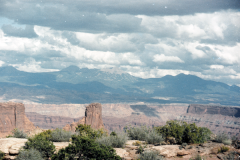 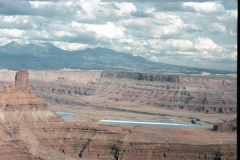 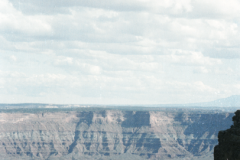 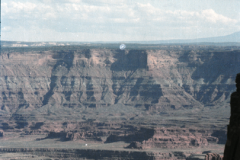 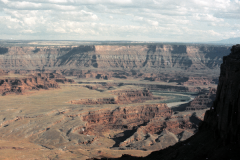 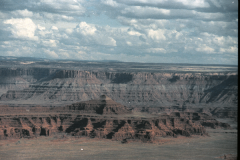 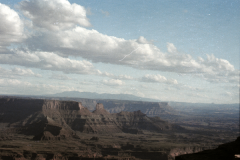 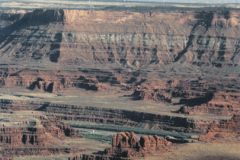 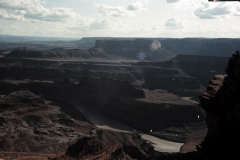 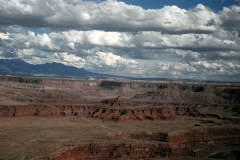 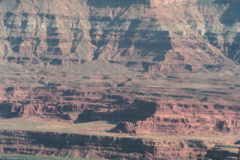 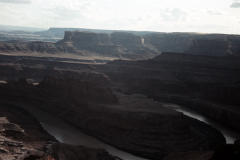 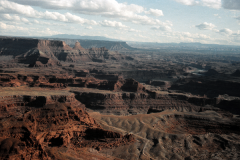 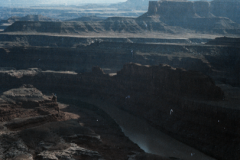 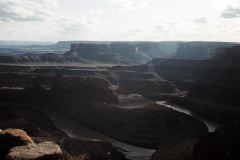 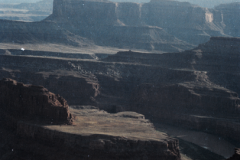 Dead Horse Point State Park is a state park of Utah in the United States, featuring a dramatic overlook of the Colorado River and Canyonlands National Park. The park is so named because of its use as a natural corral in the 19th century. The park covers 5,362 acres (2,170 ha) of high desert at an altitude of 5,900 feet (1,800 m).

The plateau is surrounded by sheer cliffs 2,000 feet (610 m) high with only a narrow neck of land 30 yards (27 m) wide connecting the mesa to the main plateau. Thus it was easy to simply fence off this narrow neck, and keep rounded up wild horses from running away. The area was also used in the final ‘Grand Canyon’ scene of the 1991 film Thelma & Louise.

The park has several overlooks, a visitor center, a 21-site campground and a group campsite, one picnic area, and a 9-mile (14 km) loop hiking trail with two cutovers to allow shorter trips. Safety concerns include the relative isolation of the park (gas, food and medical care are over 30 miles (48 km) away in Moab), lightning danger and unfenced cliffs.[5] Nearby Moab is a noted center for mountain biking. Bikes in the park are allowed on paved roads, and there is a mountain bike trail called Intrepid Trail near the State Park Visitor’s Center with loops of varying levels of difficulty. Hunting is not allowed in the park.