How Did The US Wind Up In Second Place?! 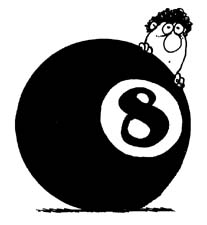 Manufacturing and Production – What happened?
Heard that question? Coupled with “Where did all the jobs go?” they form A very legitimate question.

A logical question is where were all the jobs to begin with? Before the turn of the 20th century the US was a very different country. No electricity. No cars. Almost nothing mechanized. This was about to change. World War I put the economy into a production mode never before seen. Of course the Roaring 20s came after, brought about in part by the economic boom. There was “work”.
Then came 1929! The Great Depression. The bottom drops out of the economy. Bread lines. No jobs.
In response, then President Franklin D Roosevelt instituted an economic program called the New Deal. It employed millions of Americans in building massive public works projects. The effect of this is seen today in city, state, and federal buildings built during this time. The program even paid people to document the work and times as is seen in the photo above. This was a major stimulus to the economy and has never been repeated.
Focus changed again at the start of World War II to that of a war economy. Instead of making tractors, tanks and guns were manufactured. Women came into the job market en force. The sleeping giant was awake. After the war, what happened next was pivotal.
With a strong economy produced by the war itself and the advent of new technologies, Americans played. We were happy that after 50 years of fighting with almost no respite outside the Roaring 20s there was no major conflict like that happening. By the time of the Korean Conflict the wheels were in place. There were toys galore. New untried conveniences and electronic this, that, and the other were readily available. Things we take for granted now were new then. Refrigerators, motorcycles, wash machines, cars, and the grandaddy of them all – TV!
So what was really happening here? From being an exporter of goods the US had become one huge consumer. A consumer of imported goods. The jobs of making all these items was not only overseas but owned by overseas companies. Once we start to sober up we find there are a lot more people than there are jobs, so many that employers began to use outsourcing.
So what happened? – Pointing No Fingers – There were at least a couple of factors that helped influence the job situation. After the Wars there was little to no interest in retooling. It wasn’t racial, political, or anything like that. We were too busy playing with all the new toys and there was money to use on that enjoyment. The other is that the wars were NOT fought on American soil! After WWII we were using the same machinery, the prewar technologies, to build with. The switch back to peacetime economy had not been. Much of the old machinery needed to have been scrapped after the war and our own technology used to rebuild. Instead this technology was handed out to countries who were building back from totally destroyed structures or never had technology before, who built the empires we have today from the ground up off the latest knowledge. There was little to no interest in retooling the people here either, to run businesses, to do finance, engineering. Education took a beating too. WPA was long gone. Nothing that put PEOPLE to work. People weren’t interested and neither was government. There were that many new innovations. We had gotten soft.
The legacy of those good times are today’s huge trade deficits, a large number of disenfranchised people, an education system that needs help.


Today there are some positive trends. The big 3 Japanese car manufacturers have big operations in the US that export. They employ hundreds of thousands of Americans – Toyota 90,000 alone. “Made in America” is back, but in a new format. Goods made in the US are popular with the new affluent in developing nations. Its in the branding. There is an increase in entrepreneurship especially among younger people. Americans are waking up and doing a lot of self education.